I believe it has been a month and a half since this idea has been floating around in the Port… a month and a half ago :ghost: (I just undusted this post from my drafts collection so we have time travelled further into the future since then :stuck_out_tongue_closed_eyes:). Orgeon came up with the bit, got the Saddl fellers all too much excited about the concept and that is how the ball started rolling.

The advantage: Don’t ever worry about heading to the dry cleaners yourself again. Now you can spend even more time stuck in your (awesome) office (in the summer), having one less excuse to head out to catch a fresh whiff of air :innocent:. 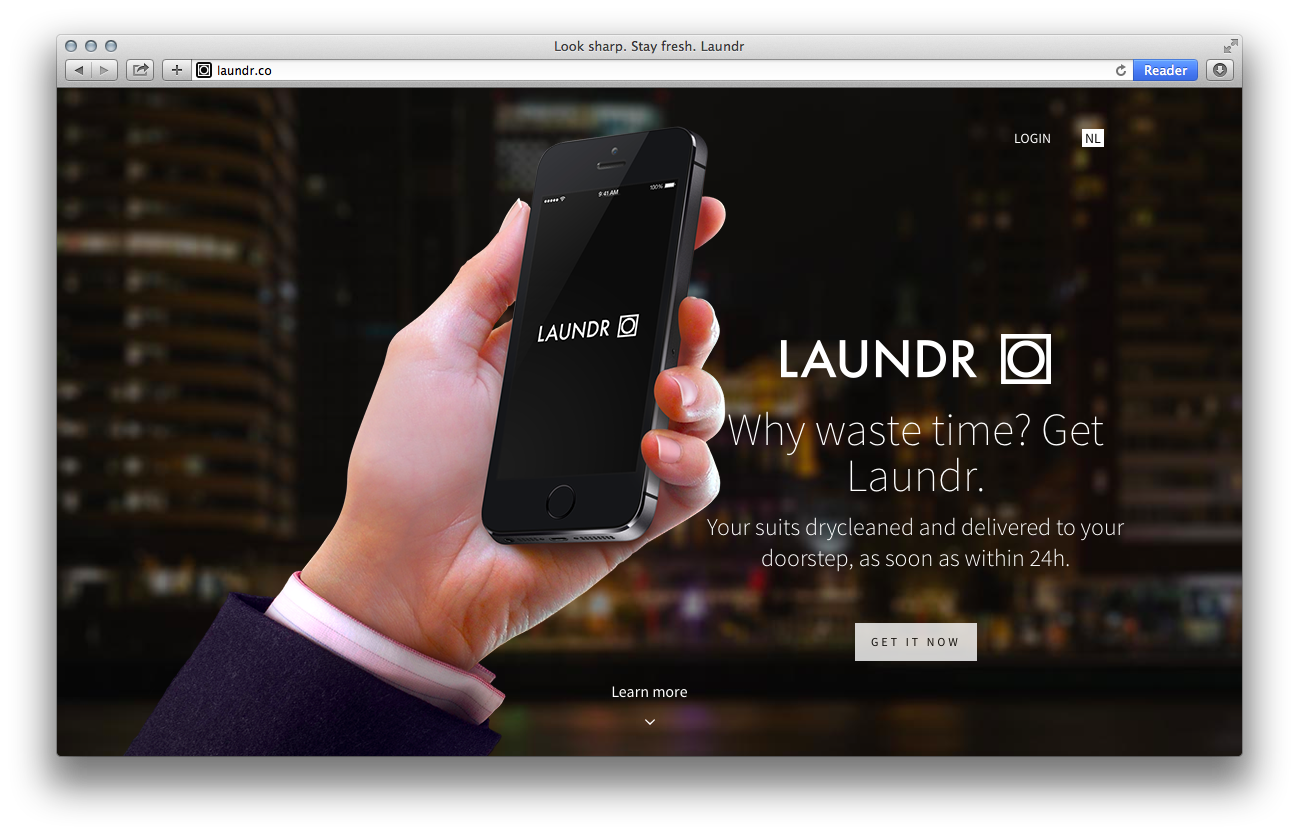 The following points are things I consider learned lessons for the next experiment. Most of the lessons learned during this experiment should assist me in being even lean-er.

Do Not Lose Sight of the Primary Objective (Avoid Bullshit Excuses)

We are setting up a pickup-and-delivery service with a plus – we are adding a extra service between the pickup and delivery. As such the service is already elaborate enough to be tested apart from the form we intended to use in communicating with our end-user. After all, the app is just a small cog in the machine.

After a lot of poking we have finally gotten to the point where we have executed a first order. This, however; was an order we received through a simple Google form we dropped online. Often the best solutions are the simple low-tech solutions and I cannot say that is surprising. I’m quite sure that the rest of the team wasn’t either yet we waited much too long to accept orders through simple low-tech channels using bullshit excuses. 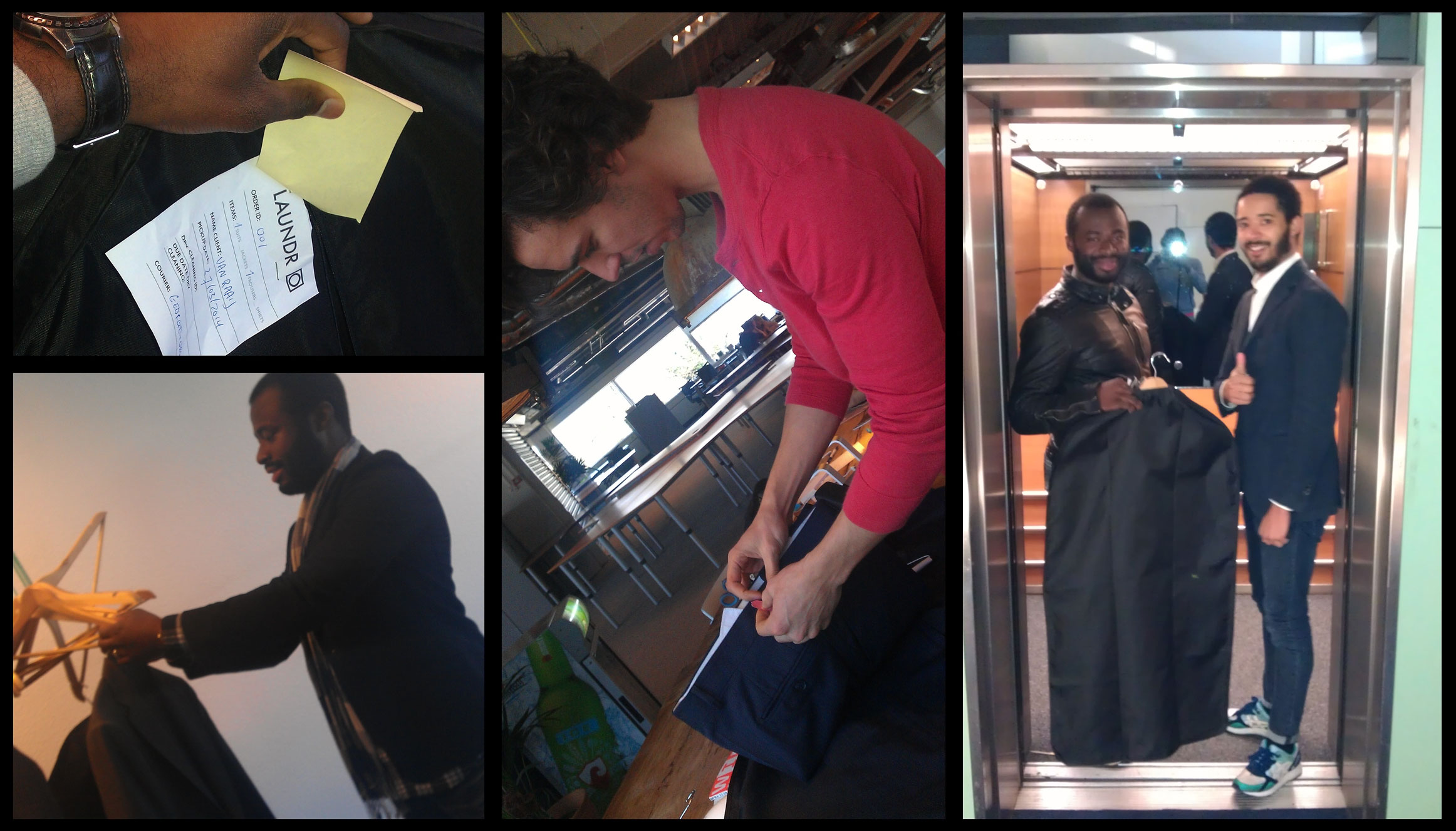 Quick analysis attributed the higests riscs to the the third-party service (the washing) and the logistics (pick-up and delivery). Because the good fellers from Saddl are involved, the logistics part is pretty much covered, making our only real risk the laundromats we are planning to work with and the deals we will be making with them.

We still have not processed more orders, so the operation is still an invalidated experiment project in my books. Until we’re consistently pulling in orders, I will maintain my stance, but the last team huddle got some balls rolling and we have set some new targets that should steer us in the right directions.

Fuck it, Ship it

Another thing I apparently have a hard time learning is to ship fast :shipit:. The first version submitted to the app store was version 0.0.3. We have iterated through 3 versions that no customer had seen that included feature additions and a UI overhaul. How riddiculous is that?!? :unamused:, just because we were chasing perfection… yeah right? Perfection for who… ourselves? 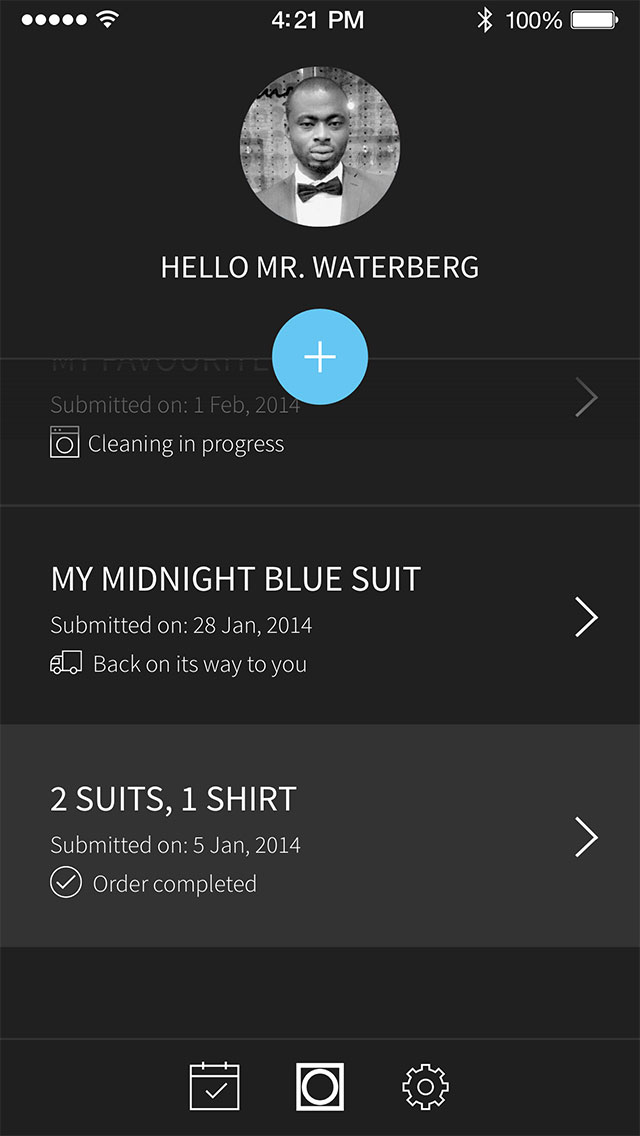 George, Max and I have made some nice tweaks and there are too many issues we still want to tackle in the app, but many people don’t see those yet. As a musician I often experienced gigs which I judged to be suboptimal. I either made many mistakes or the band synergy just seemed to be off. The audience usually seemed totally oblivious to these obvious blunders which goes to show that builders look through different sets of lenses in comparison to the common folk (everybody else) and are very aware of all the blemishes and often unsuccesful in relating these blemishes to the actual impact they will end up having.

Who are you building for? Yup… not for yourself. Remember that! Build the product for your customers. Screw what you want. The product will never be finished anyways, at best it will be good enough to solve the problem within acceptable measure.

As long as humanity exists, finished solutions are nonexistent. Everything is a work in progress. Our economic models need constant revision, our legal system gets ammended in time, engineering marvels demand maintenance, works require constant revision. Even the arts are subjected to this statement to some extent. Art of any form does not succeed in perpetually fulfilling the recreational needs of any one human being. Although every experience of a piece may unearth new treasures, sometimes a complete replenishing of one’s art supply is necessary. Just try enjoying the same song everytime you need music and keep it up for a year &dash;&dash; Just one song :scream:. It will probably drive you nuts. Why is that?!? Well, I guess humans constantly change/evolve/adapt and with this, demands and problems change as well which calls for altered solutions.

Somehow we still managed to do the later and utilize a pre-alpha framework in the mobile webapp being developed. Due to major updates during the course of development, documentation inconsistencies and some minor bugs, we were set back quite an amount of time in development as we sought to resolve these issues (with hacks :dizzy_face:).

We were using Ionic and honestly, I love it. My only regret is that I didn’t adequately account for the risks involved in getting acquianted with a new framework, especially something as volatile as a alpha release product, in our time-to-market estimations. Somewhere during the project I seriously considered pulling the plug on the Ionic branch (after many hours spend on fixing shit), but realized that

It would provide little resolve to venture down that road… so onwards we went.

Our situation got us to the point where we had an app running before we started to actually discover the pains in morphing the service into a well-oiled machine – before we picked up our first suit. Not to say that isn’t a solution, but my 2 cents say it would have been even better if we had made a couple of pickups and deliveries while still having the app in the oven.

Anyways, we’ve applied for the Kilimanjaro climb (we still need to figure out which one of us would get to go if we get selected), but there is progress and this team was absolutely great in helping me obtain these experiences and learn these lessons, so I owe the wonderful experience to Max, George and Orgeon. We are a long way from somewhere which means that this quest continues, and the gates of Mordor are still a few challenges and orc encounters away.

Lessons learnt, moving on a bit smarter and wiser.

Do not forget to vote for us we really appreciate any votes we can muster. Ask your folks and friends to vote and if grandma does not get it, help her out, but really for the love of mother Earth, vote and help Laundr out :trophy:.